Huawei was the first to market with their dual-camera and water-proof smartphones, and they’ve essentially copied Apple’s iPhones in design and IP at cheaper prices. Just this year, they passed Apple for the number 2 spot in total smartphones, just behind Samsung. Android is often hailed as a better operating system by many technical professionals. Yet, somehow, iPhones are still the most profitable, taking 87% of the profits of the smartphone industry, and is a brand that warrants upwards of $1000 for the newest model which has a “better camera.”

Lebron’s basketball shoes cost up to $200, yet it doesn’t even make sense for many people to purchase those shoes for performance and function because, well, they were made for Lebron. We buy his shoes because we value his name.

Why do people buy Advil, when generic brand Ibuprofen is literally the same thing, with essentially the same ingredients and chemical make up? The only quantifiable difference? Advil is more expensive.

So why do we make these irrational decisions? Because Apple’s logo has brainwashed us. We buy Lebron’s shoes because we value his name. And the power of Advil’s brand perception makes us laymen believe that it’s more effective (it’s really not, but hey, I still buy Advil too).

This is a fact. Well, at least according to multiple blind taste tests conducted by Pepsi’s ongoing PepsiCo marketing campaign.

So now that we’ve proved to the world that Pepsi does, in fact, taste better than Coca-Cola to the average American, how does Coke respond? By introducing “New Coke” in 1985, which was created to match Pepsi’s taste. Eventually, “New Coke” gains back market share in the blind-taste test challenge. But what happened when “New Coke” was publically released to consumers as “Coke II”? The result: An absolute failure.

Coke II was discontinued in July 2002. Consumers simply did not like the New Branded Coke. They wanted the well-established classic flavor. The change was too drastic and people did not appreciate the changing of America’s classic red beverage. To this day, Coke II serves as an example of why we need to be cautious when tampering with a well-established and already successful brand.

The case-study of Pepsi vs. Coke is a curious one. So why did Coke II taste better, but failed? And why does Pepsi taste better, yet Coke is still number one?

Why do I continue to buy Apple iPhones even though I know Huawei exists?

Why do all my basketball shoes have a swoosh on it or Michael Jordan’s Jumpman logo?

The reason Coke II was created was to match Pepsi’s sweeter flavor that tasted better in blind taste tests. The keyword here is blind. Yes. Pepsi tasted better to many Americans, but that doesn’t match reality. When are masses of people planning to drink Coca-Cola and Pepsi while blindfolded? In the real world, people prefer Coke. It’s the image of drinking that red soda can that makes Coke the best soft drink in the industry. Ultimately, Pepsi’s success in the blind taste tests never translated to much in the real world. The major fault here was assuming taste will equal better success. In a data and statistics-driven world, that would be ideal, and Pepsi would overtake Coke. But it’s been over 30 years now since Coke’s flub with Coke II, and nothing has changed; Coke is king. This battle between Coke and Pepsi is a branding war, not a taste war. With brand image, all of these unconscious positive associations and emotions that we consumers have with certain brands are incredibly powerful and difficult to quantify. Most importantly, for the experimenters and the “guys in white lab coats”, the thought of brand image and emotional value went over their heads. 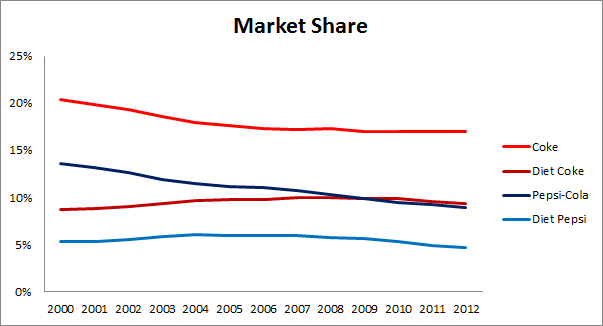 When someone tells me that Huawei has better smartphones and superior software for cheaper prices, providing better objective value, I understand them, and I digest their information, and then I allow my irrational brain and its emotions to then overtake my decision making. Brand value and brand loyalty drive sales. At the end of the day, if I am loyal to Apple’s brand, there is very little that can deter me from switching products. For me, in terms of Coke vs. Pepsi though, I don’t really have any brand preference, which is why I’ll make the rational decision to drink the one that tastes better. Actually, the more rational decision is probably to not drink carbonated drinks in the first place… But all this talk about Coke makes me want to go down to the dining hall and get a drink now… Actually, I should probably get Pepsi because I know it tastes better.

A the end of the day, A strong brand has three strong components:

A brand needs to make me excited to be a user of their product or service. There needs to be a strong positive association with their logo, their color, their brand. The red color of a Coke can is recognizable around the world, and apparently even recognized by polar bears. The Apple logo is iconic. It’s smart, suave, and modern looking. It makes me feel entitled and powerful.

The Nike logo tells me a story of perseverance, of adversity, of competition. Nike’s slogan is a namesake in the brand marketing industry: Just Do it. That Nike swoosh represents the fierceness of sports and competition, backed by the stories of the many top athletes of the world.

And finally, luxury products offer prestige. Let’s be honest, I really don’t need a Canada Goose winter jacket. Nor does my mother need 3 different Louis Vuitton purses. And it’s really not economical to drive a Ferrari.

As I wrap up my marketing & management course here at Villanova, I’ve gained some incredible insight into why consumers make purchase decisions in the marketing world. There are many factors that drive the perception of value in people’s eyes, and the most successful companies are able to hit on several of those value drivers I mentioned above. When a company like Nike is able to target emotion, tell a compelling story, and offer prestige in their brand and logo, then there’s no chance for competitors like Adidas and Under Armor to beat Nike until they can improve their brand. And for us consumers, there’s no chance but for us to conform to their marketing prowess. I guess at the very least we can do is be aware of our irrational decisions.

At the end of the day, it’s quite difficult to quantify the intangible impact of a strong brand, but I have to say that it can be quite persuasive. Honestly, that Nike swoosh is sometimes too irresistible… 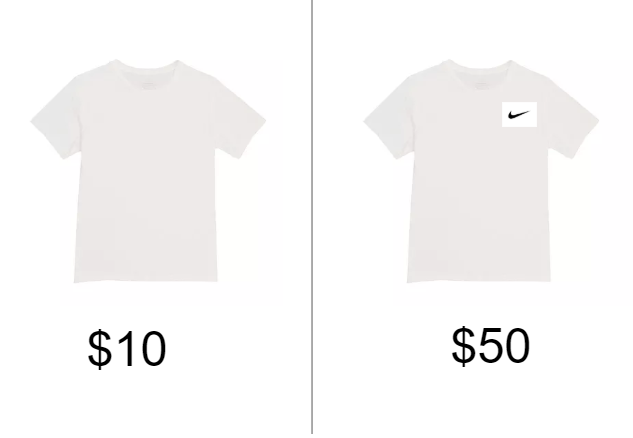