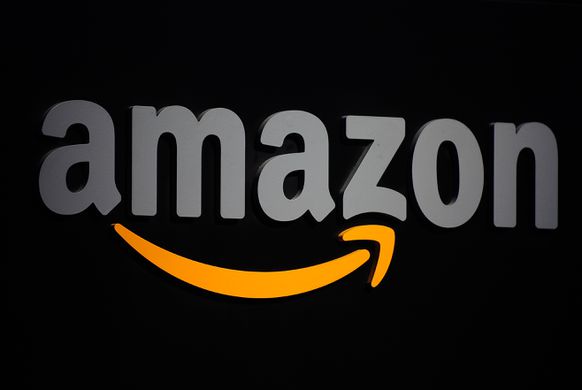 Amazon is my largest holding investment. Let me tell you why.

Obvious Disclaimer: this is basically an advertisement for Amazon. As with any financial decision you make, please always do your own due diligence and research and DO NOT make financial investments strictly based off of what you read on the internet and what people tell you.

Now, we’ve all heard this story: brick & mortar is dying. Sure, it’s been a slow death for many, but it is still dying. Brick & mortar retail has been struggling ever since Amazon started becoming a reality for many North American homes around 2012. 9,000 stores closed in 2017 with a 5.5% foot traffic decrease in 2017 and 3.7% decrease in Black Friday shopping. Large retail brands have recently been closing due to brick and mortar struggles and inefficiency to transitioning business online. Sports Authority went bankrupt in 2017. Toys “R” Us is closing all stores in the UK and US as of March 2018. Both Sears and Target subsidiaries were unable to succeed in Canada and went defunct. The ease of online shopping is making the competition for price matching for retailers more difficult, who need to make up for having in-store locations and high costs of labor, real-estate, and inventory. Of course, big-box retailers will find a way to survive, but right now, E-commerce and Amazon has the ball in their hands, and I am riding the wave right now.

E-Commerce sales in the U.S. accounted for only 9.5% of all retail sales, this means that there is still a lot of room for potential growth for Amazon, despite how big the tech giant is already. In 2017, Amazon accounted for 4% of all retail sales and 44% of online sales. The e-commerce market is growing at a substantial rate, expecting to grow by 56% in 2015–2020, with Amazon at the forefront. Traditional markets are only expected 2% growth during the same time.

Some retailers have made the wise decision to compete online. Wal-Mart has extended substantial investments to improve their implementation of technology and website functionality. However, as we saw with Toys “R” Us, who only announced they were revamping their website to compete with Amazon in mid-2017, ultimately fell way behind in the e-commerce boom.

Convenience: with a few clicks of a button, I can have nearly anything I need to be delivered to my house within a week, and sometimes within a few hours through Amazon Prime’s FREE shipping. Food, clothes, house items, medicine, dog treats, tech gadgets, you name it! And let’s not forget that Amazon recently acquired Whole Foods, making grocery shopping online even easier! At $99 a year, Amazon Prime is easily one of the greatest investments I’ve ever made, and over 100million other Prime users would likely agree.

Best-Prices: Amazon’s algorithm is the best. Period. Every second, Amazon’s products are being price-matched against thousands of other similar products, so you know that you are getting the best possible retail price available. Even if it isn’t the best price, it is also just as easy enough to check the prices of other competitors through their websites.

Reviews: In-store shopping usually means you are shopping often by yourself, meaning you need to personally make the decision on whether a product is good-quality and worth buying, or not. I suppose you can also go seek an in-store employee who will (often) give you a biased opinion on products X and Y, but then you are being influenced rather than convinced that a product is good. Online shopping, however, means you are shopping with thousands of other people who are also looking at the same products. The entire reason I purchased on the Dell XPS-15 laptop online is that it was rated the best all-around laptop by many sources. YouTube, website reviews, articles—I could access all the information I needed about the best features and also where the laptop fell short from other fellow consumers. I have no knowledge of what laptop is good or not on the market, and without online shopping, I’d probably have ended up purchasing a MacBook, not knowing there were better options.

Amazon has the Greatest CEO

Jeff Bezos understands consumers. I may be biased because he has the same first name as me, but I strongly believe that Jeff Bezos is easily the greatest current CEO alive. Mr. Bezos holds both himself and his company to high standards.

“How do you stay ahead of ever-rising customer expectations? There’s no single way to do it – it’s a combination of many things. But high standards (widely deployed and at all levels of detail) are certainly a big part of it,” Bezos wrote in his annual shareholder letter.

Sure, Amazon’s primary business model is its E-commerce model. However, did you know that Amazon also owns North America’s largest video-gaming streaming platform? Or that Amazon dominates the cloud computing business AND the smart speaker market? When you invest in Amazon, you aren’t just investing in e-commerce, but in Amazon as a whole company.

With over 2 million broadcasts monthly, and 15 million daily users, Twitch.TV leads video-game live streaming in the US, with a substantial advantage over many other platforms, including YouTube gaming.

AWS is Amazon’s dominant cloud computing platform. As of 2017, AWS owns a market share leading 34% of all cloud services, (IaaS, PaaS) while the next three competitors Microsoft, Google, and IBM have 11%, 8%, 6% respectively according to Synergy Group.

The Echo is heard everywhere. Alexa is in 72% of homes that have smart speakers, while Google, the next competitor, holds 18% of the Smart Speaker market share.

Amazon’s NEW TV Cube is an Echo, Streaming Box, and Universal Remote in One

Amazon has decided to put both Apple and Google to shame, by being the first to integrate both the smart speaker with smart TV streaming with their newest & incredibly economic Amazon Fire TV Cube Release.  (Apple TV alone is $150)

So, I don’t know about you, but I am hoping to ride this Amazon wave to the moon.

If you have more questions, please feel free to reach out. I will gladly help you with any concerns, and we can hop on a call/chat if you want.

I am not a professional financial advisor or planner as much as I’d like to be. All thoughts on the DTF Website are strictly my opinions unless otherwise stated. I understand there may be errors in my writing. My articles are not meant to be offered as professional advice, as I am currently learning a lot about finance myself. Please always do your own research and due diligence when it comes to financial decisions. Money is very important! I may own some stocks discussed in this article. 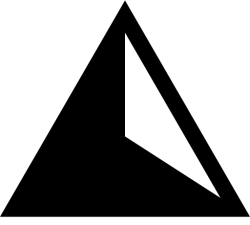 Theories of Value and how to measure Value

What my Cold taught me about [my] Gods

Proud to be Asian-American